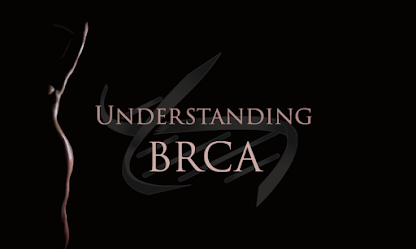 BRCA1 and BRCA2 are human genes that produce tumour suppressor proteins. These proteins help repair damaged DNA and, therefore, play a role in ensuring the stability of the cell's genetic material. When either of these genes is mutated, or altered, such that its protein product is not made or does not function properly, DNA damage may not be repaired properly. As a result, cells are more likely to develop additional genetic alterations that can lead to cancer.
Mutations in the BRCA1 and BRCA2 genes have been observed to confer high risks of female breast and ovarian cancer and men with these mutations are also at increased risk of breast cancer and prostate cancer.
Mutations in these genes have also been associated with small increased risks of several additional types of cancer, namely fallopian tube cancer, peritoneal cancer, melanoma (cutaneous - skin cancer and uveal - cancer of the eye), pancreatic cancer, bile duct cancer and stomach cancer, among others.

DNA, or deoxyribonucleic acid, is the hereditary material in humans and almost all other organisms. Nearly every cell in a person’s body has the same DNA.

The information in DNA is stored as a code made up of four chemical bases: adenine (A), guanine (G), cytosine (C), and thymine (T). Human DNA consists of about 3 billion bases, and more than 99 percent of those bases are the same in all people. The order, or sequence, of these bases determines the information available for building and maintaining an organism, similar to the way in which letters of the alphabet appear in a certain order to form words and sentences.

DNA bases pair up with each other, A with T and C with G, to form units called base pairs. Each base is also attached to a sugar molecule and a phosphate molecule. Together, a base, sugar, and phosphate are called a nucleotide.

Nucleotides are arranged in two long strands that form a spiral called a double helix. The structure of the double helix is somewhat like a ladder, with the base pairs forming the ladder’s rungs and the sugar and phosphate molecules forming the vertical sidepieces of the ladder. 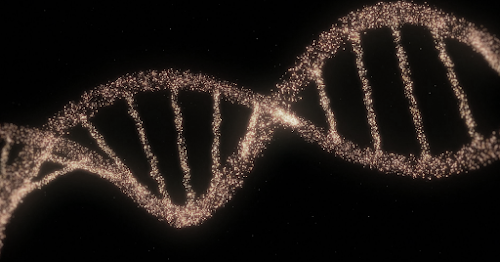 An important property of DNA is that it can replicate, or make copies of itself. Each strand of DNA in the double helix can serve as a pattern for duplicating the sequence of bases. This is critical when cells divide because each new cell needs to have an exact copy of the DNA present in the old cell. This process of division is known as mitosis.

Mutations are occurring all the time within our cells and can be harmless, however, continued mutations within a cell can give rise to cancer. A mutation is a change in DNA (the genotype). These occur in reproductive cells like eggs and sperm and are called germline mutations. BRCA1/BRCA2 mutations which are inherited from our parents are classified as germline, or hereditary mutations.
A gene can mutate when its DNA adds, deletes, substitutes or transfers nucleotides. The mutation that I personally carry, c.5130_5133delTGTA (also known as 5358del4) is a deletion of the bases T, G, T, A.

Cancer is, in fact, a large collection of illnesses that have one trait in common: a loss of cell cycle control.
Cancer begins with a single abnormal cell that divides to produce others like itself. These cells may either grow into a mass called a cancerous or malignant tumour or travel in the bloodstream. Cancer cells probably arise in everyone, because mitosis occurs so frequently that an occasional cell escapes the mechanisms that normally control the process. The immune system probably destroys most cancer cells.

Normally, the BRCA1 and BRCA2 genes instruct a cell to manufacture a type of protein, called a tumour suppressor, that limits the rate of cell division. When the BRCA1 or BRCA2 gene mutates in a certain way, the tumour suppressor protein is absent or does not function adequately. In a single cell somewhere in a woman's breast, the constraints on cell division may vanish, and the cell begins to proliferate. The cell divides when it should not, again and again. These cells become rounder, losing their distinctive characteristics as gland or lining cells, and the tiny collection of unusual, dividing cells grows into a tumour. When the growth consists of millions of cells, the woman may notice a lump or puckering in the skin of her breast, or an MRI and/or a mammogram (an x-ray of the breast) may detect the small growth.